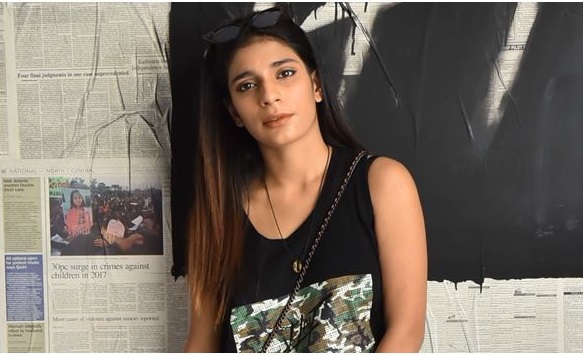 With an ostensible return to the runway/ramp format for the upcoming Catwalk Cares Virtual Fashion Show Season 2 there was now a real need for the production recruit a complete salon team as well as an established fashion stylist cum editor to canvas participating models and oversee the collections of the myriad participating fashion designers and labels Enter Samiya Ansari, the daughter of Saba Ansari of Sabs Salon who has created her own indubitable name and nice as an accomplished and much in -demand fashion stylist since she entered the fashion industry almost six years ago. Samiya will be Head of Fashion Styling and Hair & Make-Up representing Sabs Salon for the latter and will be replacing Nabila’s NPro and NGents who were responsible for guiding models’ own self-created looks via Zoom chats for Catwalk Cares Visual Fashion Show Season 1.

“I was very happy with the professionalism and guidance of Nabila and her team,” says Frieha Altaf CEO of Catwalk Event Management & Productions who is once again spearheading Catwalk Cares Season 2 “But I also believe in versatility inclusion and giving new young fresh talent is opportunity. I think Samiya Ansari and her team will be perfect for this project” Altaf adds “Wow how, time flies!” Samiya exclaims alluding to her fashion journey, Samiya says she is extremely grateful to have worked with almost all of Pakistan’s leading designers, top models and popular celebrities. Samiya has collaborated with Élan, Sana Safinaz, HSY, Umar Sayeed, Nilofer Shahid, Nomi Ansari, Faraz Mannan and many others all of whom Samiya says she enjoyed working with w wwwori love do working with and loves as designers.

Some of Samiya’s most stunning photographic collaborations have been with leading cutting edge photographers Muzi Sufi, Nadir Firoz Khan and Stop Style and although not associated with any publication per se Samiya’sr eclectic fashion styling work has appeared in notable publications

Including ‘Hello! Pakistan’, ‘Grazia,’ ‘Women’s Own,’ ‘Vogue Arabia’ to name a few Someone who has an easy rapport with celebrities, Samiya has styled superstar Mahira Khan, and actors Sanam Saeed, Sarwat Gillani, Aamina Sheikh, Ayesha Omar,Adnan Malik and Mikaal Zulfiqar, and many others for both the Red Carpet and editorial shoots and public appearances “Recently I worked on a web series called’ Churails’ as a style/costume designer, which also happens to be totally star-studded.” Samiya exudes. Samiya also has aspirations to become a premium personal shopper when she has less on her plate she says

Samiya explains how she came on-board with Catwalk Cares Virtual Fashion Show Season 2:
“Frieha and the team my mother (Saba Ansari of SABS Salon) had initially created go way back! We at SABS have a very good understanding and relationship with Catwalk, and we also trust in Frieha’s vision.
She called me, told me details about Catwalk Cares Season 2 and I was all in because now, more than ever the Fashion Industry needs this!”

For Catwalk Cares Season 2 Samiya is the Head of Hair, Make-up and Fashion Styling so essentially is responsible for the overall looks shown on the runways of Season 2 “I’m helping few designers style their outfits. For the rest who have a clearer vision of the look and ethos they want to present, I’m just overseeing and helping to edit their looks,”Samiya explains. “I have two assistants in my fashion styling team, and several more in the Hair and Make-up department. Mom (Saba Ansari) will be hands-on during the days of the shooting but I am the Head of the project and will be delegating the staff and
Supervising and approving the final looks.”

Samiya says she is not daunted by the ambitious exercise but is instead excited. “I am not overwhelmed at all but actually super-excited, motivated and along with my staff looking forward to be creative again in these dark times. “
.
Samiya is a tad wistful yet stoic about the live shows of the near past.“What I miss about live shows is the unique energy and atmosphere that every designer brought to the runway!” Samiya reminisces.
“However do think digital fashion shows are way more sustainable and environment-friendly for sure! And if this is what’s needed in the Covid-19 era then so be it! Fashion won’t stop!” Samiya proclaims.

Now, we can work at our own pace (which isn’t slow at all) and also manage to edit the footage beautifully and seamlessly.” Samiya adds.

Like many businesses, beauty salons have suffered the economic brunt of the pandemic in that they have not been allowed to open for over five months. “Unfortunately, not just Sabs, but all of Pakistan’s well-known beauty salons have suffered immense losses over the last few months.” Samiya bemoans.
“It has forced us to consider shutting down a branch or two. Not being able to run our businesses but still support all our staff’s salaries and overheads has been full of extreme pressure and stress,” Samiya adds. Regardless of meeting all the SOP’s the Government has continued to enforce strict rules to not allow salons to open and function.

“It has been the hardest time for the beauty industry as a whole,” Samiya says, “To say the least, business will never be the same but we will try our best to provide customers with the best of SOPs we can, and we can only hope for a brighter future.”

About sustainability and keeping afloat in the Fashion industry which is the core theme and impetus of Catwalk Cares Season 2, Samiya is heartfelt and honest. “It has undoubtedly been difficult to sustain. If we do get the opportunity to re-open our salons, it will be with an extreme minimum of staff members and a limited number of clients per floor. Recently, the rules were slightly relaxed so we are trying in our own way to sustain via socially-distant services including the hazmat suits, shields, masks and gloves. We honestly managed to sustain ourselves through our savings, or else it would’ve been a complete disaster!” Samiya admits.

As a fashion stylist and an influencer Samiya has been fortunate to garner enough work from home, reviewing PR packages and paid collaborations with brands for posts and stories. “I created content at home during the pandemic and that has helped me stay motivated and close to the world of fashion,” Samiya says. It has been a hard year, for everyone and that just teaches us to move to a
Simpler, more practical and sustainable approach to life itself!”